The International Mirror Dinghy is one of the most enduring and popular dinghy sailing classes worldwide with over 70,000 boats built since it's inception in the 1960s. The Mirror dinghy has since been updated twice and remains popular in the UK, Ireland, Australia, South Africa, Sweden and Canada and is typically sailed by two teenagers or a parent child combination, the latter being particularly prevalent in Australia. World Championships are held bi-annually and in January 2015 are being hosted by Theewater SC on a large dam in the mountains 90 minutes from Cape Town in South Africa with between 60 - 100 boats expected to compete.

Although South Africa have a strong Mirror fleet, amongst their ranks the current world champions, they have no boat builder manufacturing Mirrors and very few quality boats available to charter. This being the case the Australian team of five boats, four from Western Australia, are sending our boats to South Africa to compete in the 2015 World Championships. Fortunately such an undertaking has been done before so the Mirror Class Association already owned custom built steel frames and all the rigging necessary to secure the boats in the container. We were also very fortunate to have the experience and expertise on hand from members involved in previous shipments to advise and guide us first timers through the process which is quite involved.

Many thanks to everyone who has helped us get this far including Ana at CCI, Lockie at UTi (a former Mirror sailor himself), Tony at MSC, Scott at Global Transport, Ben and Jessica at Sea Containers WA and Geoff and Brad from the Mirror Class Association. Fingers crossed that our much loved little boats make the journey to South Africa safely and our sailors perform well at the World Championships. 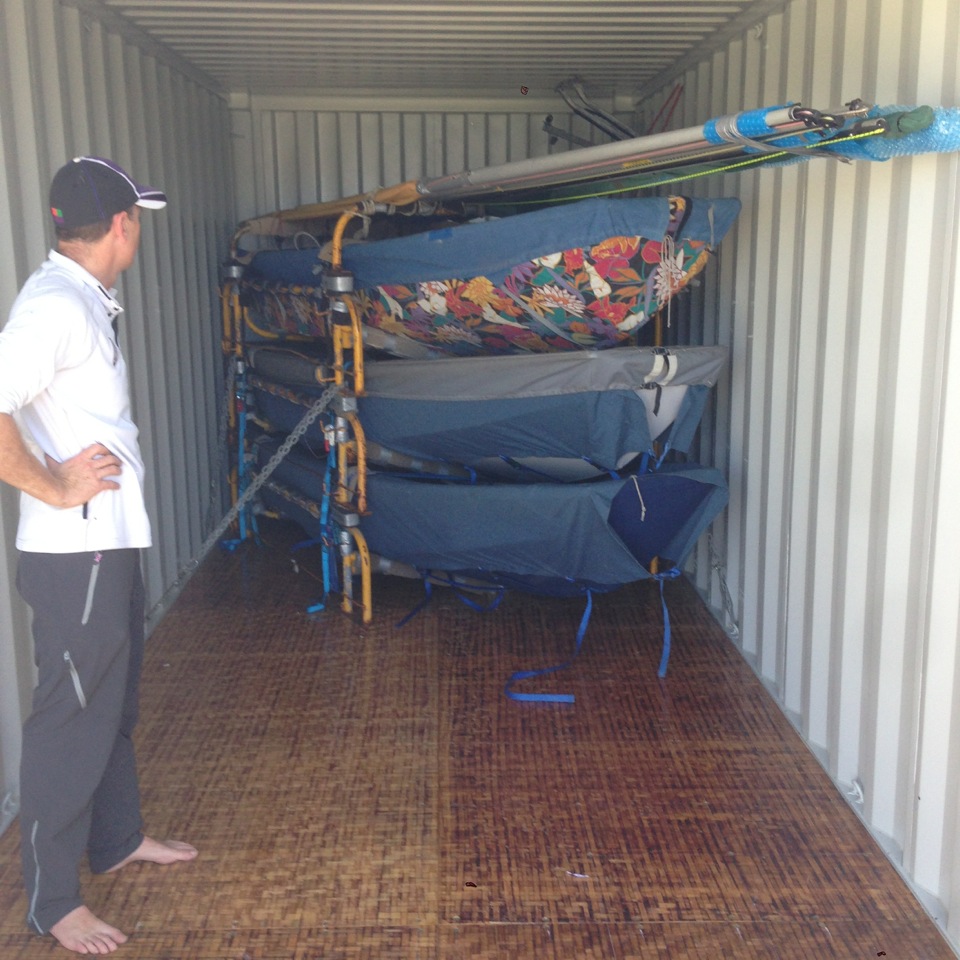 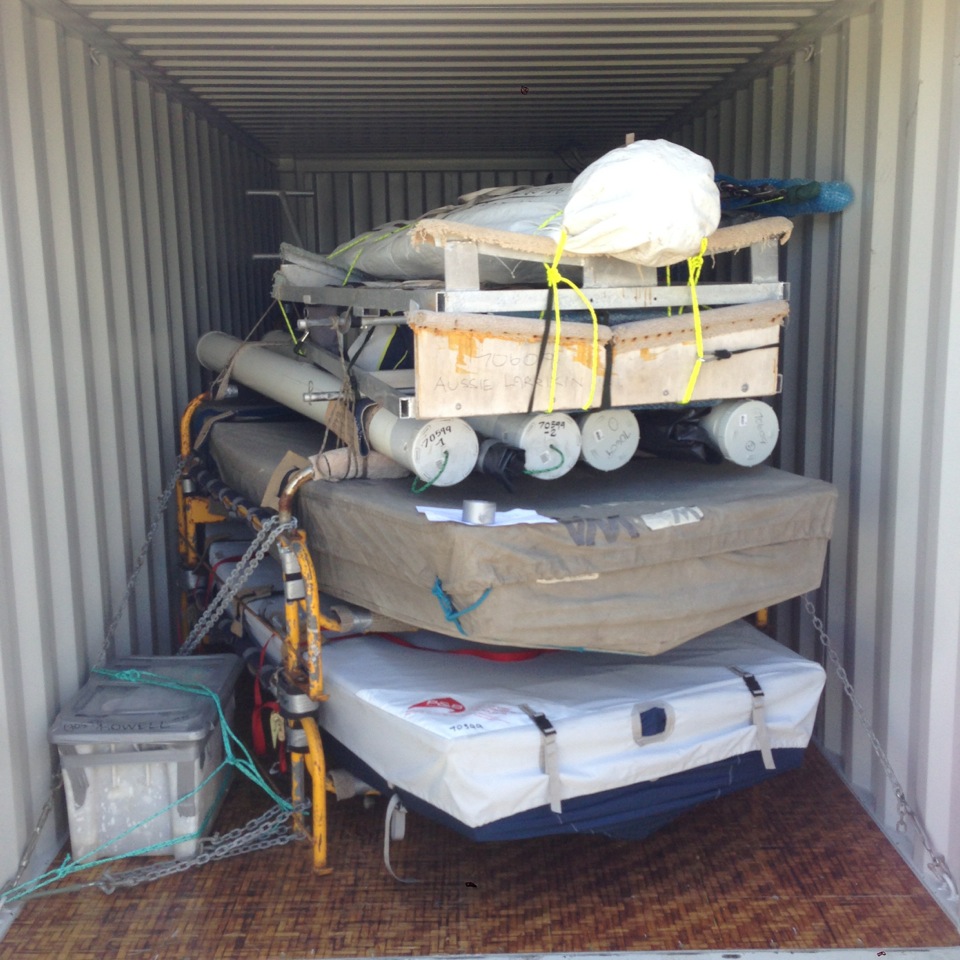 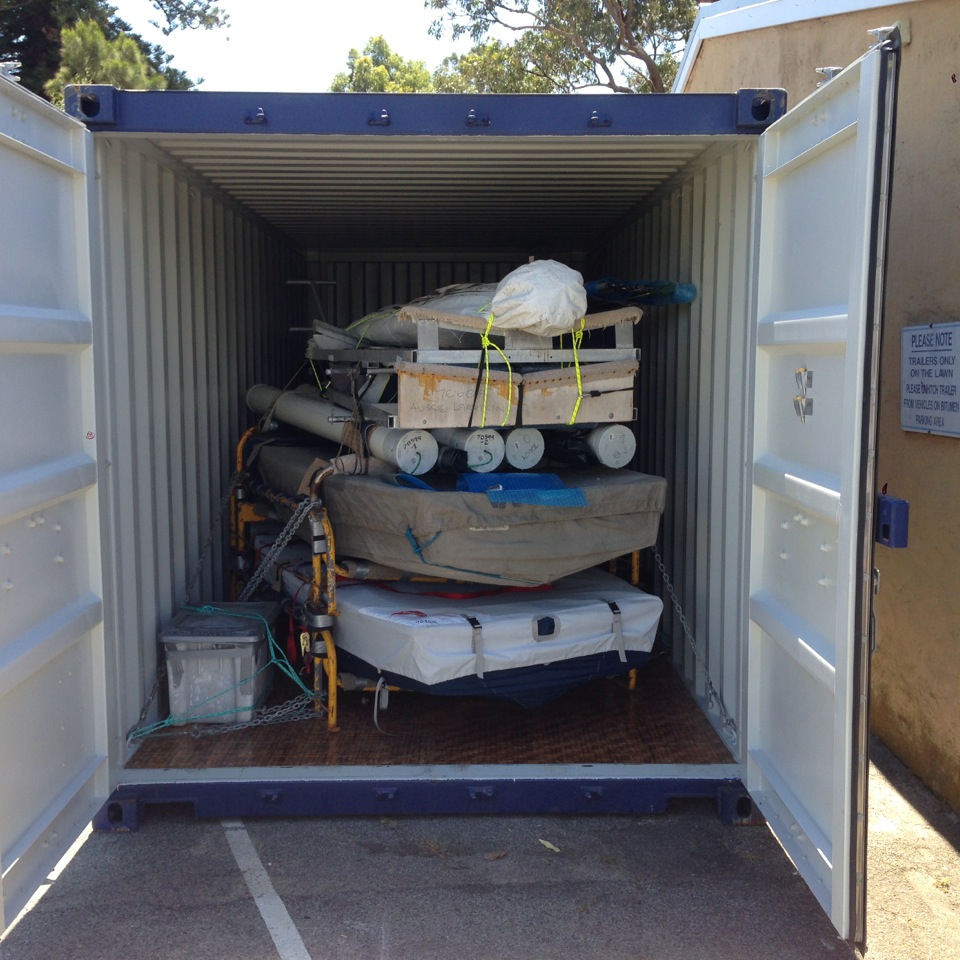