MCAWA President is Runner Up in Worlds 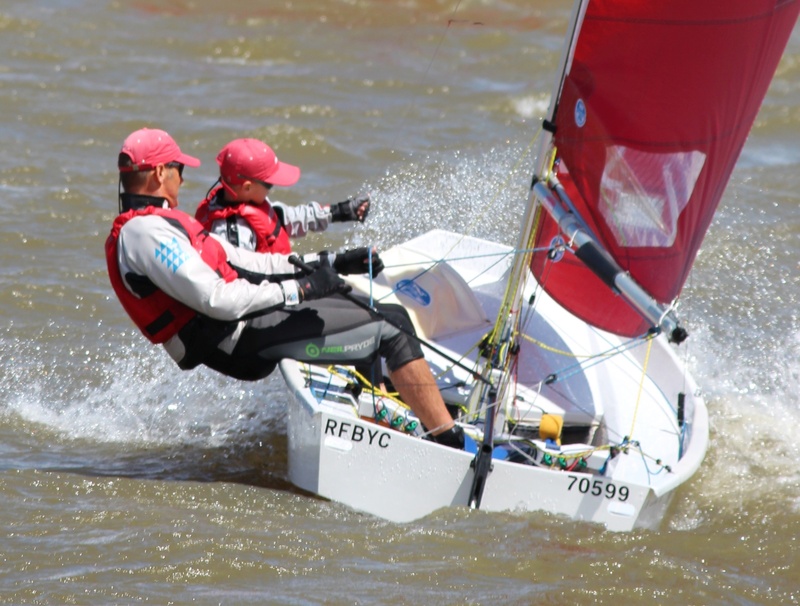 Our esteemed President Simon Barwood has picked up second place in the 2015 World Championships.

The 2015 Mirror World Championships was sailed at Theewaters SC, South Africa, in January. The local favourites and 2013 World Champions, Michaela and Ryan Robinson sailing 'Mirrorjuana', had successfully defended their title without having to sail the final race however there was still plenty of interest on the last day with only 9 points separating 2nd and 4th.

Western Australian father/son team Simon and Tyson Barwood sailing their locally made Vasco Mk3 Mirror 'Bulletproof' won the last two races to move from fourth to second overall and also secured the Family Trophy. At only eight years of age, Tyson was the youngest competitor by two years.

The regatta was sailed in the full range of conditions from drifting to 25 knots over four days after the first day was blown out with winds over 30 knots.